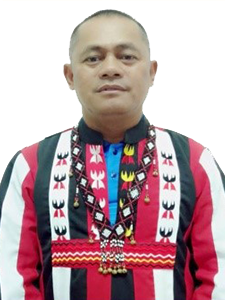 We Commit, We Serve, In the NSTP

The NSTP act of 2001 was formed and became effectively implemented nationwide in the school year 2002-2003 in accordance with the implementing rules and regulations (IRR), this program aimed to enhance civic consciousness and defence preparedness in the youth by developing the ethics of service and patriotism while undergoing training in any of its three (3) program components CWTS, LTS and ROTC, recognizing the youth as the most valuable resource of the nation building. Programs specifically designed to enhance the youth active contribution to the general welfare. 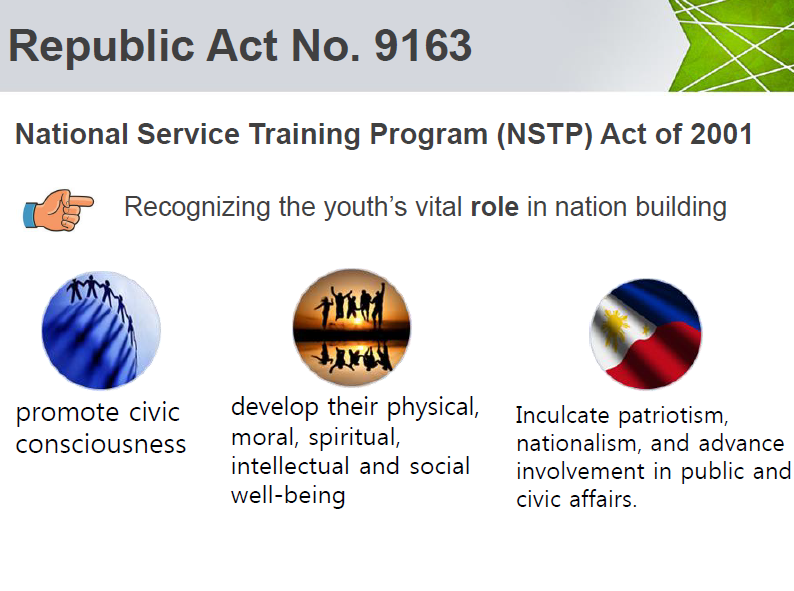 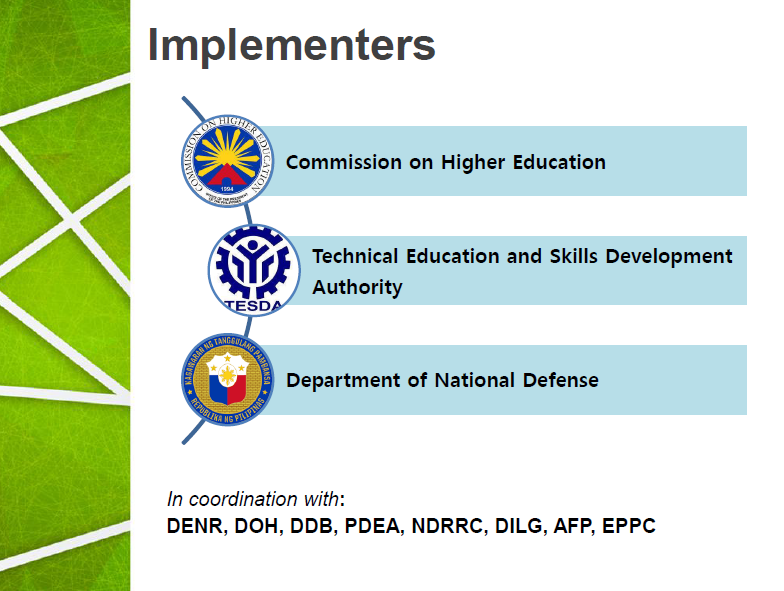 Transformation of the young into responsible citizens imbued with values of MAKA-DIYOS, MAKA-BAYAN, MAKA-TAO AND MAKA-KALIKASAN for local and national development.

This program components is designed to provide students with activities contributory to the general welfare and betterment of life of the members of the community especially those development to improve social welfare services.

This progrm components is designed to train students in teachng literacy and numeracy skills to school children and out-of-school youths.

The primary pool of manpower for basic and advance courses of the reservist act provided for organization, training and utilization of reservist, referred to in the act as “Citizen Soldiers”. The civic education and defence preparedness program for Filipino college students, aim to provide military mobilize them for national defence preparedness. 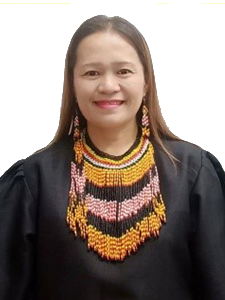 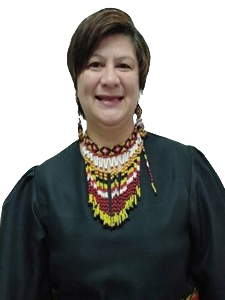