Home » Office of the President 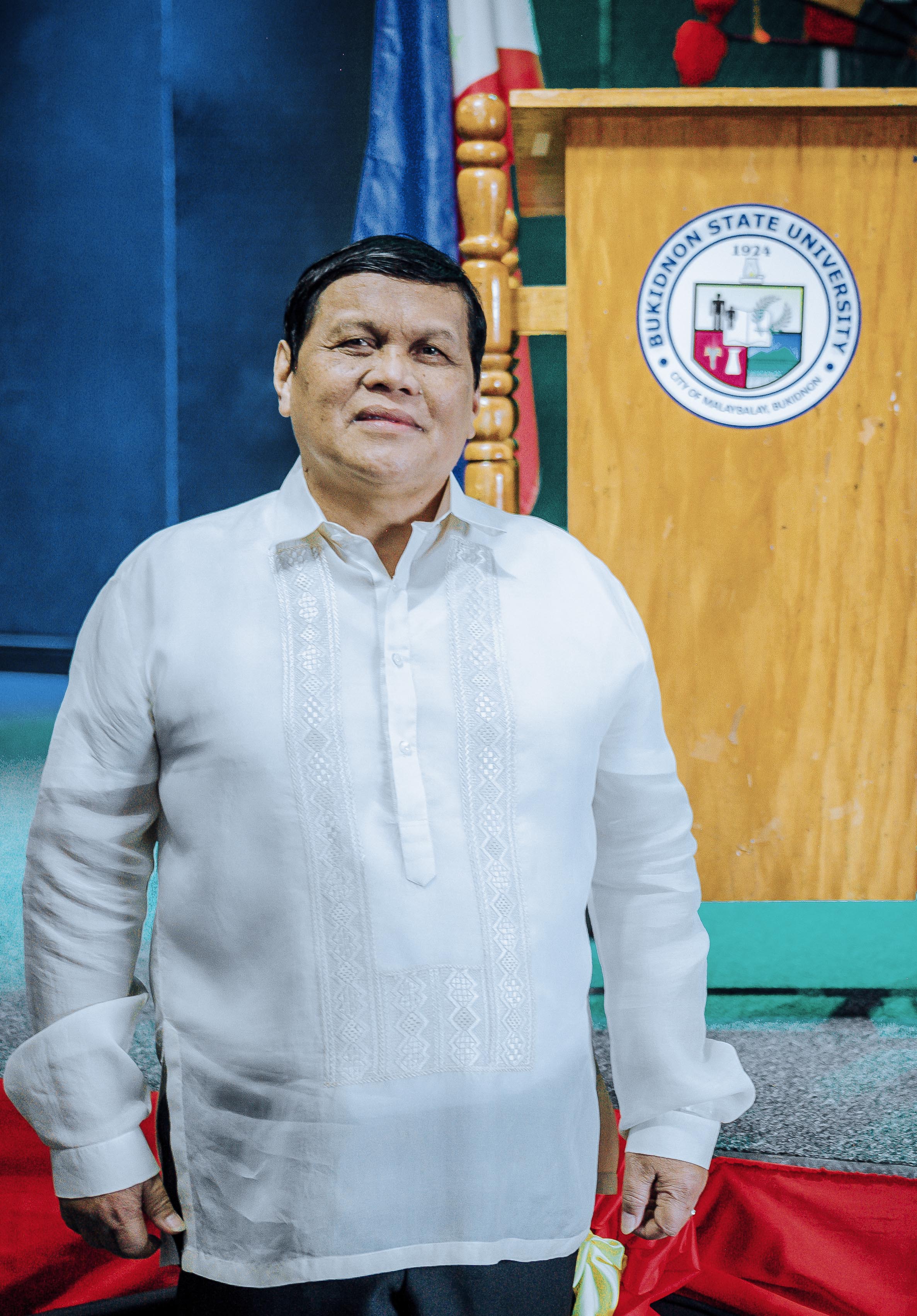 Dr. Oscar B. Cabañelez is the current president of Bukidnon State University (BukSU). Having been in the government service for almost 40 years, Dr Cabañelez rose from the ranks from a classroom teacher, principal, college dean, vice president until he became the University President of BukSU in 2015 up to present. With his exemplary reputation and record in the government service, Dr. Cabanelez has been notably recognized as not only an effective administrator, but also a man of empathy, valor and integrity.

In all his entire professional career, he has paved developments in both his personal and professional endeavors. Dr. Cabañelez acquired his Graduate and Post-Graduate degrees as a scholar of the Commission on Higher Education and various entities. Corollary, he was recently conferred with the Executive Doctoral Degree in Education Leadership (EDEL) by the Development Academy of the Philippines in 2020. He was also a fellow of the Royal Institute of Educators, Singapore; and one of the few Filipinos granted with the opportunity to be an Australian Award Fellow at the University of New England (UNE) Armidale, Australia.

Dr. Cabanelez is the 2nd University President of Bukidnon State University from its date of transition from being a state college into a state university in 2007.

Office/Unit under the Office of the President